It’s been a long time since I’ve written anything remotely related to fiction. My skills have rusted. There’s a little too much narration in this… a little too much everything honestly. It needs to get cleaned up, which I will do soon I’m sure. (I hope.)

His hands glowed blue as he invoked his power.

Maurice crouched to press each digit onto the crystal. It reacted to everything he released. The awareness that he’d roused the remnants trapped within discomfited him in more ways than one. Even still, he didn’t let that stop him. There was too much at stake for fear.

Eventually, it reached a point where he was no longer unleashing his magic. The tendrils that stirred inside actively took. They slurped more than he was willing to give, utterly unconcerned for his well-being. Each second that passed bled the lifeblood from his veins. He’d be nothing more than a hollow husk if he allowed this to continue. But he couldn’t pull away no matter how much he tried. Sight and noise were made dim by an unknown veil abruptly cast upon him. The shape of a world he sought appeared, brilliant and gleaming, before his eyes. The illusion was hazy along the edges. A distorted dream that flickered on and off to leave a cupped hole of emptiness whenever he tried to reach for it.

A sparkling light appeared in front of him. The same one that did all of those years ago when he’d trapped Thelarius. It shined gold with the promise of a future close enough to taste. He craved that future. More than he’d ever craved anything before. His head snapped to the side when a distant voice called out, as deep and immense as a call to the ocean. Moments passed before he realized that it was saying his name. 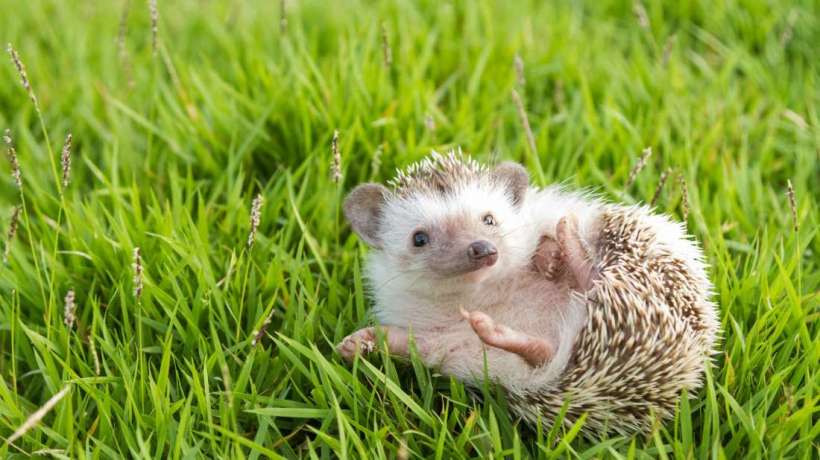 A little grey hedgehog once lived between the roots of the old oaks along the edge of the forest.

Hedgehog has always been content to live in solitude and whisper his stories to the flowers, but as the trees continue to fall and the hairless animals carry off pieces of his home, he decides to set off on a journey. The river murmurs songs to him from the edge of the world, so surely, somewhere out there, there must be a less treacherous field for him to call his own.

Hedgehog follows the blades of grass. Some are taller than he is. He likes those because the shorter ones have small voices that he can’t hear very well. As he walks, there are times when the wind sighs as if to tell him that he’s in over his head, but that isn’t any of the wind’s business, so he flexes the spikes on his back and carries on. END_OF_DOCUMENT_TOKEN_TO_BE_REPLACED

Beds are like rafts, he thinks on a particularly hot night that he, so far, has spent the better part of staring up at the ceiling fan. He’s been listening to it hum for an eternity now. It’s an old, noisy thing. Fast and creaky. It spins in a way that makes him think it might fall one of these days, though not enough to warrant any concrete concern. He’s lain awake enough times to know that his thoughts regarding its condition are merely passing through—visitors on this long and sleepless night. Just another distraction keeping him from rest.

So, he closes his eyes and wills himself to forget everything but the feel of the wind blowing in his face. It’s warm. Too warm. It makes the road to sleep seem more arduous than it really is, but he doesn’t give up. The consequences of surrender isn’t something he’s willing to face. He’s never been a morning person to begin with, and greeting the sun with an irate, sleep-deprived mind is just asking for trouble. Besides, he’s no greenhorn when it comes to packing away his thoughts. He does it layer by layer, folding with the same haphazard care as a cranky teenager preparing to place bed linens back on a shelf.

It isn’t long before his head is quiet. Everything is gone, save for that one thought of a raft—that, he hangs stubbornly onto. Only because he likes the idea of it. of being adrift in an endless sea of black; of floating languidly into a distant stretch that promises endless mystery and bouts with the unknown; of a plane so vast that any notions of a destination leaves his mind entirely. When he closes his eyes and breathes in the sticky air, there is only here and now. Him and his imagination. That colorful friend. Vibrant enough to even make the darkness, the one place where his day-time companion—his shadow—blends and disappears, seem a little more forgiving.

He imagines his bed taking him to a distant place. An edgeless one, long lost in a valley of nothing. Where his sheets are weightless and whatever he decides always ends in perfection. This sacred area lies on the border between reality and dreams. His mind takes control here, crafting scenario’s he’d like to happen. Someday. When the world is new and fatigue and misery don’t lie so close to his heart. END_OF_DOCUMENT_TOKEN_TO_BE_REPLACED

I’ve placed this into two categories because I’m not quite sure where it belongs. I may use it in a future story… hmm. Anyway.

She pauses here and there without reason, drawing in a breath before grinning into his mouth, and the delight he feels then is a physical thing. Too soft and too tender for him to touch. Not yet.

His hands are still rough, his self esteem, cutting. He isn’t ready. This is good as it is. 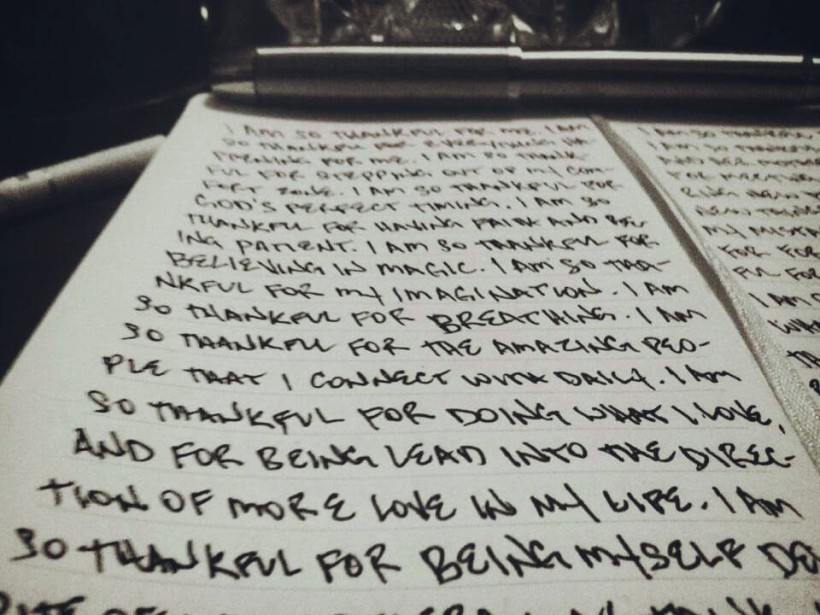 I put one of my short stories up on Amazon. It’s on KDP Select, and I plan on making it free for the next five days–or however long they allow me to price it at nothing. If you guys wanna grab it, then you can. Just hit up my author profile HERE or go to the direct amazon link HERE. Once the period runs dry, it’ll be available for .99 cents because that’s the lowest price Amazon let me put. (I have no idea why they don’t allow me to list anything for free).

But if you want to read it, then there’s absolutely no need to buy it. It’s only 3,500 words, and I don’t want you guys spending money on something that short. Just send me an email using the Contact button above, and I’ll be more than happy to send you a PDF copy. Otherwise, it used to be up on this site as: “Acquiesce” so you may have read it already if you follow my short stories here.

P.S. That’s my brother’s photo up there (along with his ridiculously awesome handwriting), so don’t steal it, haha.

​The day I died, I felt faint echoes of warmth and light.

So, I smiled because I knew where I was headed.

And when the heat sweltered and the screaming began, my smile grew. 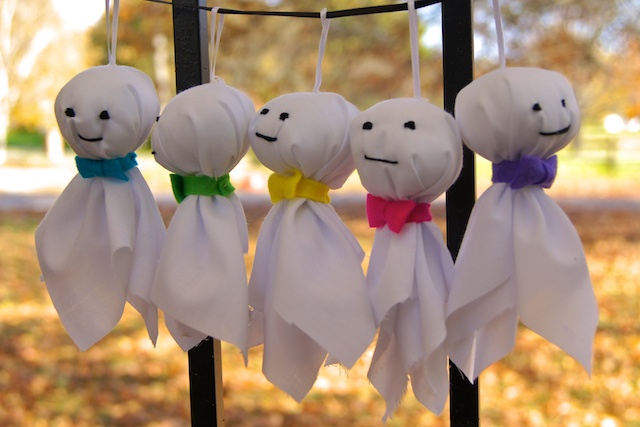 “It was for the best,” he told himself for what must’ve been the hundredth time that week. Perhaps even that day.

He almost believed it, too.

And like every other 3AM, he comforted himself in the fact that he had been strong enough to cut out a toxic part of his life. It had kept him happy for a time, but he—his mind that is—could no longer afford its company. He praised himself for the feat and muttered false reassurances that softened the sting of guilt when he’d close his eyes and see her face in the darkness. When he’d search for her voice in a crowd of faceless men. When he’d wake up, and in that brief state between reality and dreams, he’d call out her name in an unfamiliar voice, but still one that undoubtedly belong to him.

END_OF_DOCUMENT_TOKEN_TO_BE_REPLACED

They were watching him again.

Lucius could feel their eyes slink across his skin. Over his worn leathers and too pale face, as if he were the strange one. Perhaps he was. He promptly ignored their stares, long used to them by now. The torpid passage of days had guaranteed that. Still, it was unnerving. And his body reminded him of that fact when he couldn’t quite find it in himself to lean comfortably against his seat.

They did the same thing when he’d first arrived in their small backwater village—at the end of his wits and completely out of coin—“our Haven” they’d called it, with the sort of smile he only saw on children and the embalmed. As they welcomed him with open arms. Kind-hearted folk, despite their lingering glances. END_OF_DOCUMENT_TOKEN_TO_BE_REPLACED

She’s tired of life and its struggles, of the petty complaints of her next door neighbor, and of the happy chirping of birds outside her window—what were they so happy about in this concrete jungle?—the rushing cars and cursing people were terrible. That isn’t to say she’d be happier in the countryside because she’d tried that, and she’d been just as miserable. She could recall days when she was an active part of the hustle and bustle of the city, when she smiled and cursed and scorned as much as the next man. It was easy to be swept away in the nuances of every day. But suddenly, the rug gets pulled from under you, and everything is no longer so distinct. Colors blur and emotions fluctuate, until the traces of happiness fade like paper in the rain.